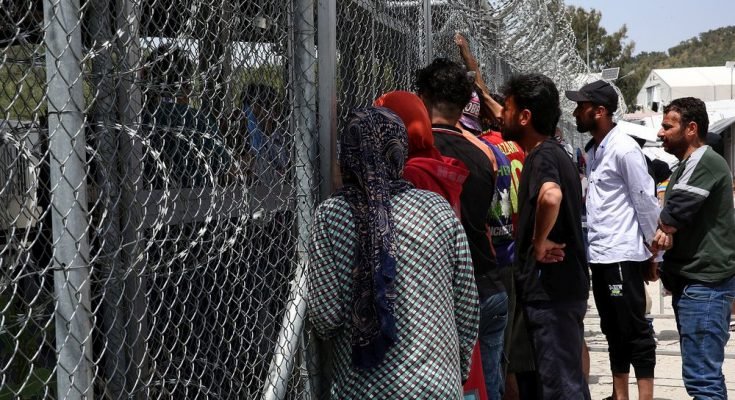 Diotima and 18 other international NGOs working in Greece decry conditions at the site, now worse than ever, and call for sustainable solutions to both decongest the islands and improve conditions across first receptions centres in North Aegean Sea.

Athens, September 13, 2018 – Over 17,000 people remain crammed in Greek island reception centers with a total capacity for only 6,000, living in desperate conditions which do not meet humanitarian standards. This, despite public assurances from the Greek Minister of Migration Policy, Dimitris Vitsas, that the islands would be decongested by September and that thousands of new places would be created on the Greek mainland. As conditions continue to deteriorate, 19 civil society organisations once again urge authorities to engage in the creation of sustainable solutions for the decongestion of the islands and to immediately improve reception conditions for refugees. It is nothing short of shameful that people are expected to endure such horrific conditions on European soil.

Moria, the first reception centre on the Greek island of Lesvos, recently described in a BBC report as “the worst refugee camp in the world,” is currently hosting almost three times its capacity. The sewage system does not work and filthy toilet water reaches the tents and mattresses where children sleep. This, despite funds for sewage system improvement having been approved for some time. Reports of sexual violence and abuse are on the rise. The first reception centre on Samos is six times over its capacity.

In addition, chronic shortages in crucial staff are further exacerbated by the constant resignations of health professionals working in the island sites, who are resigning as a result of untenable working conditions. The Keelpno coordinator on Samos was recently quoted in the Greek press as saying that, despite Greece’s ongoing financial struggles, “medical staff prefer taking the road of unemployment, rather than having to work under such conditions”.  Earlier this week, staff at Moria staged a strike to protest conditions at the site. Also this week, the Prefecture of the Northern Aegean described Moria as “unsuitable and dangerous for public health and the environment,” and warned that the site would be closed in 30 days if sanitary conditions are not improved dramatically. In this environment, civil society organisations working on the islands also find it increasingly difficult to do their work.

There is no excuse for the shameful conditions in which thousands of people remain trapped in limbo while they wait out their asylum claims. The Greek authorities must take immediate and urgent action to ensure that refugees benefit from full access to their basic rights and that they are accommodated in dignified conditions, in accordance with national and international law. The relief measures promised by the Greek authorities to create thousands of additional safe and dignified accommodation spaces on the mainland and transfer people off the islands to the mainland must be implemented immediately as a matter of urgency. At the same time, EU leaders should urgently renew efforts to unblock discussions on the implementation of a fair and permanent mechanism of responsibility allocation within the European Union.

The following organisations have signed the statement: