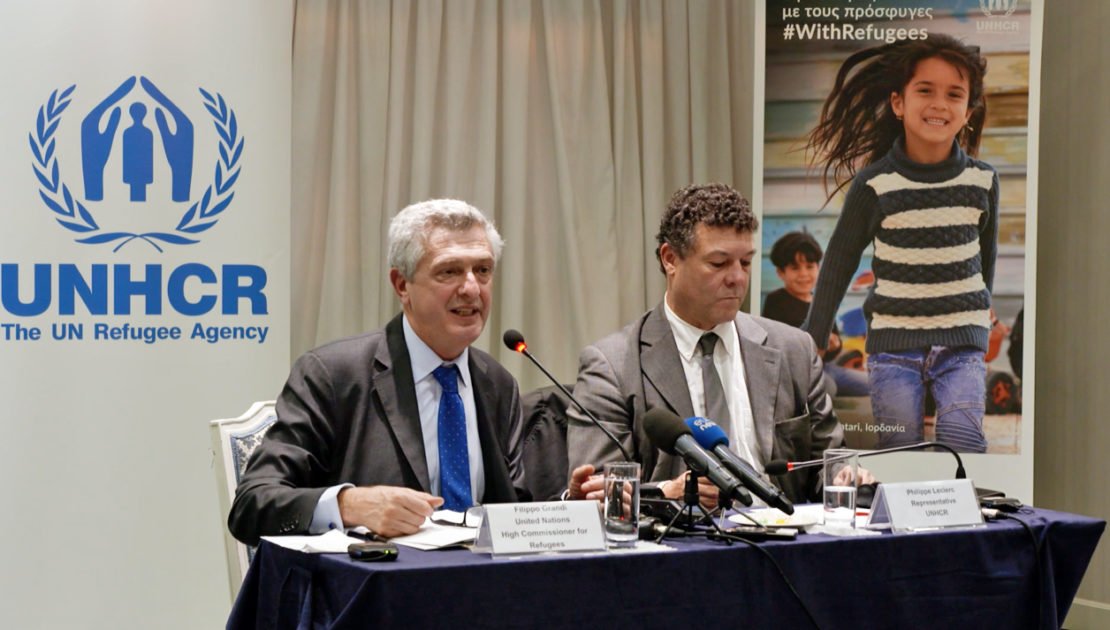 Ahead of Grandi’s visit, 17 NGOs* working in Greece delivered a written statement urging the High Commissioner to address with Greek authorities significant concerns regarding access to asylum procedures, provision of basic services and inadequate protection of children. The signatories also flagged the need for the Greek authorities to implement integration measures and urged the High Commissioner to join Greece’s efforts and actively engage EU Member States in the need for better mechanisms to share responsibility for refugees arriving in Europe.

Theorganisationsare highlighting the dire and unacceptable reception conditions in the ‘hotspots’.Since July 2019, thousands of newly arrived asylum seekers don’t have access to the public healthcare system,a gap which puts peoples’ lives at risk. At the same time, the postponement of the implementation of the law on guardianship (4554/2018) violates children’s rights, as they are left without a guardian to support and protect them at every stage of the reception and legal procedure.

Pending the implementation of the government’s new action plan for the protection of unaccompanied children,and with the number of unaccompanied children in the country at its highest, protection standards are worsening with thousands of children sleeping among adults, without appropriate shelter or protection, and without access to basic services or resources.Furthermore,Greece’s new law on international protection, inter alia, abolishes basic guarantees of the asylum procedure at first instance and introduces procedural and substantial obstacles that endanger the right to an effective remedy at second instance,raising concerns about the fairness and effectiveness of the asylum system, as a whole.

Tags: NGOs, refugees, UN
Copyright © 2022 Διοτίμα
Manufactured by Sociality.
We use cookies to ensure that we give you the best experience on our website. If you continue to use this site we will assume that you are happy with it.